Objective To test whether vital signs and lab measurements from the first two days of admission in an intensive care unit (ICU) are predictive of the neurological outcome at discharge.

Methods I used data from patients in the MIMIC database with a diagnosis of traumatic brain injury and motor Glasgow Coma Scale (mGCS) recorded. Data included static, vital signs, and lab measurements from the first two days in the ICU. Motor GCS is used as a proxy to quantify neurological outcomes. This is mapped from a scale of 1 – 6: (i) 1, no response; (ii) 2, abnormal extension; (iii) 3, abnormal flexion; (iv) 4, flex to withdraw from pain; (v) 5, moves to localized pain; (vi) and 6, obeys command. We performed a binary classification task between the non-command following (1,2,3,4,5) vs command following (6) because this provides information about which patients could attain command following at discharge. We evaluate using recall, precision, and f1-score on three models: logistic regression, random forest, and XGBoost

Conclusion Results show that predicting the neurological outcome is a challenging task. This work has shown that using only static, vital signs, and lab measurements from the first two days in the ICU, we achieve an f1 score of 0.66. Future work could involve using more information such as drugs administered and exploring other ways to deal with missing values to retain more variables. 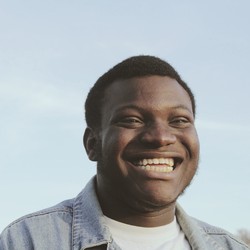